Android Assessment Test: How it is structured and how it can help you hire your best candidate

Android is widely used in today’s technology. With the continuous improvement and development, Android developers are becoming more and more available. But all Android developers have different skill sets that fit your qualification requirements.

You can use this Android assessment test to assess your candidates who are vying for any position that is focused on Android. Whether you’re hiring full-time, part-time, freelance, or third party agencies, when it comes to testing Android proficiency, our Android Assessment Test can help you screen your candidates and identify the best candidates that you can consider.

The chapters and areas in the assessment test were structured to help you assess a candidate’s overall competency on the different areas involving Android. The reports that will be generated from this test will help you have an idea of a candidate’s competency in these specific areas.

Which use cases can customers have for this test? / Who can users use the test?

The Android assessment test lets you assess anyone concerning any Android task you might have.

All questions in the test are framed keeping in mind the big picture of the Android framework and should be known by any Android developer who claims to know Android, irrespective of the language (Java or Kotlin) being used while developing Android applications.

By using this test before shortlisting candidates for interviews, you are saving yourself time and effort. The final assessment report should be a piece of conversation with the strong candidates, rather than a disqualifying process in a late-stage interview process.

Who can benefit from this test?

The Android assessment test aims to help you evaluate if a candidate is aware of the pitfalls and complexities of using the core Android concepts that are used to build any Android application that meets the industry standards.

Which areas (chapters) will be covered in the test, and why was it chosen that way?

Development Tools
Knowing how to use your tools is a critical part of doing a job well. Android Studio, is the single most important tool for Android developers, and it includes a wide variety of features that empower developers to work effectively and assure software quality through testing.

Enhanced System Integration
Displaying notifications, using pending intents, and working with widgets are the major features that an app should integrate and should work system-wide.

Application Components
Activity, Service, Broadcast Receiver, and Content Provider are the four Android components found in the Android framework. These are the essential components in Android that an Android developer must be aware of.

Threading and App Resources
Every Android application performs tasks, and if a task requires a lot of system resources, you run the risk of freezing the application. Utilizing system resources and putting them to work in the most optimized way is very essential for a healthy app.

Data Persistence
Android provides several options for you to save your app data. The solution you choose depends on your specific needs, such as how much space your data requires, what kind of data you need to store, and whether the data should be private to your app or accessible to other apps and the user. As an Android developer, you must know how to preserve your app and user data either as files on the device, in key-value pairs, in a database, or with other data types, and share data between other apps and devices.

Testing and Debugging
Testing and debugging your app is an integral part of the app development process. By running tests against your app consistently, you can verify your app’s correctness, functional behavior, and usability before you release it publicly. While debugging you can understand the data flow in your code and henceforth fix any runtime errors.

User Interface and Experience
Your app’s user interface is everything that the user can see and interact with. Android provides a variety of pre-built UI components such as structured layout objects and UI controls that allow you to build the graphical user interface for your app. With intuitive user interface comes the great user experience.

Try a sample question from our Android specialist

Given the following scenario:

Which of the following statements regarding

Requires a free user, with minimal info and no credit card needed

Made by one of the leading experts

I always follow a “share and gain” principle – a principle that happens to describe what I do with Kandio. By sharing my knowledge through Kandio’s assessment tests, I’m helping other businesses gain a great addition to their team. 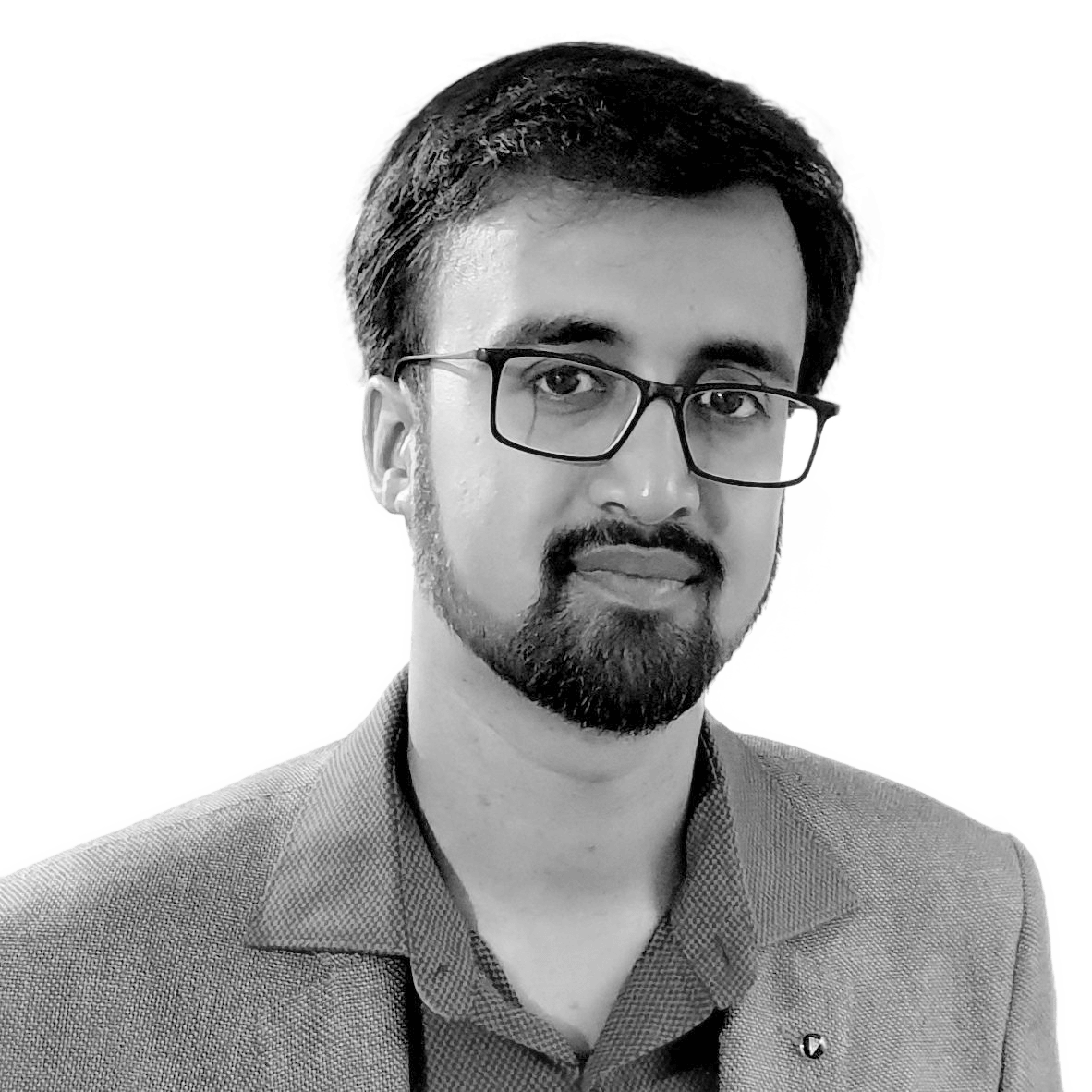 Hi, I’m Sriyank Siddhartha, and I’m a software developer and an online trainer. I have always been intrigued by the world of mobile development, where I developed a wide range of applications. But my deepest passion is enabling others to develop cutting-edge Android apps.

“Share and gain” have been the principle that I follow throughout my career, and it’s the principle that pushed me to follow my passion as an instructor. Now, I’m applying this principle with Kandio’s assessment tests. By lending my expertise in everything Android, I’m helping your business find a compatible match among a pool of mobile developers.

I’m currently a freelance software developer, but my passion lies in teaching other people. I started out by holding hands-on workshops in various institutions in India such as NITs and IITs. Eventually, I was able to move my courses into the online sphere by authoring a couple of online courses on Udemy and Pluralsight. I am now one of the most recognized instructors within Android.

Driven by my fervent passion to teach other people, I was able to become a speaker of Google Developers Groups India. This opened new doors for me, and even earned me a spot as a Guest Lecturer in several premium institutes in India.

Recruiters who also used this tests

94% of all questions our support receives, can be answered in the below FAQ

I have many candidates - will they all receive the same questions for equal assessment?
Short answer:Yes, all candidates are equally assessed, when you use Kandio.Long answer:All our tests have different questions that might or might not change from vacancy to vacancy.However, once you lock a recruitment round in, the questions will lock in as well for all candidates going through your assessment, so that they are equally screened.
How can the exam score help me to make a better hiring decision?
Overall it would be best if you kept in mind that Kandio offers help with assessing your total pool of candidates. The point with this plan-of-attack is to give you a tool that will enable you to pinpoint the very underqualified candidates quickly, and promptly discard of them. As well as locating the strong candidates, and invite them for an interview before your competitor does.The difficulty of our tests is serious in general and is meant to find the lesser qualified. So you shouldn’t disqualify a candidate at 67%, just because you have someone who’s testing 70%. Or even 85%.Kandio is a tool you should use in addition to other means such as:- Common sense- Gut feeling- Internal screening- Other assessment tools from Mandomedio- Experience of the candidate- Career goals of the candidateThe reason we have priced Kandio the way we have is that it’s meant to be used alongside other decision factors, and not as a sole dictation of which candidate to employ.
Why Kandio over other tests? And why not a free-writing test?
All Kandio assessments have a difficult multiple-choice approach and a very clear and tangible scorecard at the end. We only work with objective measurements and completely disregard candidate values such as consistency in work, ability to teamwork, humanity, and care for colleagues, sociality, and the likes.The reason for this is that in today's tech-oriented world, we often see a significant amount of different solutions to the same problem. If we offered free-write assignments, candidates would need to be assessed one by one, which obviously would be impossible at our price point.With us, you're buying access to a robust set of exams, written by the world's best authorities, with well-functioning scorecards to make recruitment easier. And on top of that, we are using big-data to benchmark all your candidates across other similar candidates.
How difficult are the tests Kandio offers my candidates?
All our tests are authored with serious difficulty in mind. We accept only the best test authors onto our platform, and a fixed percentage of revenue goes directly to our authors to keep content updated, and authors happy.Our goal is to weed out the least competent candidates in the most common knowledge within your desired field.Because of this, you should keep in mind to adjust your salary expectations and level of acceptance, if you’re looking for junior roles, mid-level roles, or senior roles.
How do I adjust the level of my test to match the qualifications of the position I’m trying to fill within my company?
You don’t. Our tests are made with such difficulty in mind, that they would challenge all skill levels regardless of seniority. We almost never see any candidate getting everything correct on our exams.If you are trying to fill a senior role, you would probably want candidates to score above 60% in Kandio. If you’re looking for a junior role, you could probably settle with 30%-50%If you want a very junior role, that you can train along the way, you would be looking at 30%-50%.We wouldn’t recommend considering any candidate below 20% unless you have clear indications from other factors of decision making.